Gustavo Roriz is one name that takes us from Minho to Brazil, Latin America, Africa, Mediterranean Europe and brings us back. Multi-intrumentista where bass, double bass, guitar, and the Brazilian guitar, speak what comes from his heart through his fingers and poems. If we talk of experience, we can shorten and say that he integrated Madredeus group, besides having accompanied greatest Portuguese artists such as Luiz Caracol, Paulo de Carvalho, Fernando Girao, Jorge Fernando, Nancy Vieira, Raquel Tavares, Filipa Cardoso, Luisa Rocha, Fernando Tordo, Ciganos D'Ouro, O'QueStrada, and other artists from abroad Portugal like Taís Raganelli, Pablo Lapidusas, Bons Tempos Group, Phillip Hamilton, Daniel Mile. Now, if the focus is styles, there will be African music, jazz, fado, rap and a lot of chating into the leter night. It can be said of an official form that Gustavo Roriz exercises at the same time an activity in the cultural field of fundamental interest to Portugal and Brazil, bringing its sonic identity and his musical personality to the four corners of the world, which has performed at renamed rooms as Coliseum in Lisbon, Porto and Buenos Aires, Zitarrosa room in Montevideo, Olga Cadaval, Teatro Calderon in Madrid, Carnegie Hall in New York, Bauhaus Music in Amsterdam, and many others in the world and particularly in Portugal where he lives since 2004 .

Recently just released his new solo work, the album "SEM FRONTEIRAS" (NO BORDERS), where the viola caipira sounds uniquely in styles outside their sonic space where we are used to hearing, and in the same album he plays bass, doubles, classical guitar and sings some songs. It also integrates the D'Alambre group that 2015 released the CD "Tierra y Seca Caramelo" with original songs in partnership with the Spanish singer and composer Mili Vizcaíno. They joined them 3 more great musicians in the original formation of the group: Gabriel Godoy, Ruca Rebordão and Max Bruno Ciuro.

In the academic area he is graduated by UNICAMP and with a Master's degree in Jazz Performance by ESML (Superior School of Music of Lisbon). 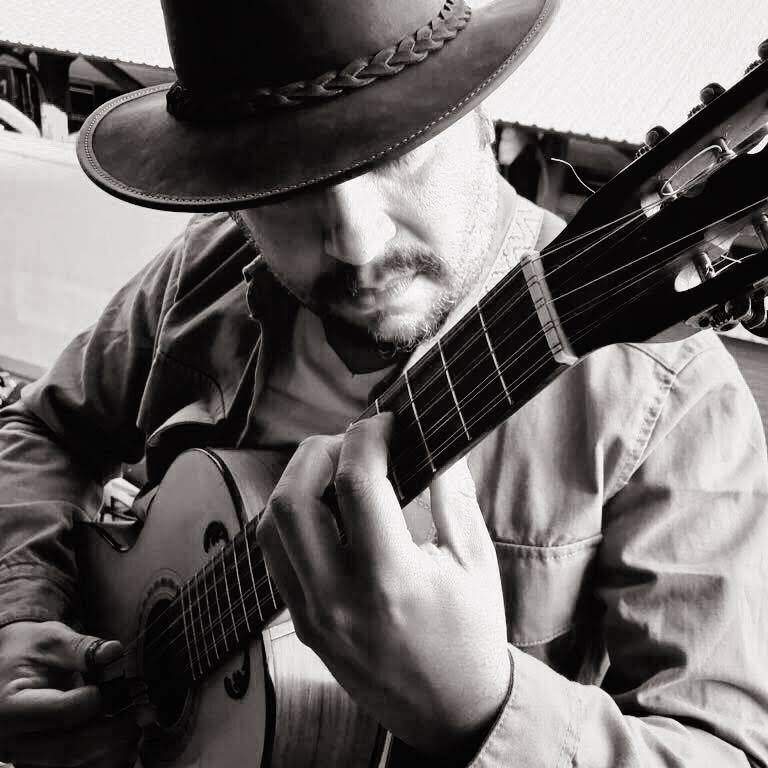