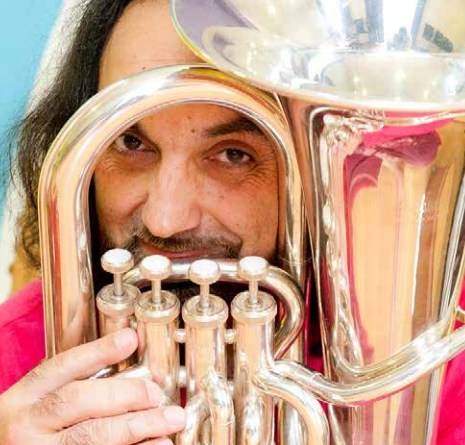 Paulo Lameiro is a portuguese musicologist, educator, communicator and creator from Leiria. After a brief career as a Baritone, with solo performances at the São Carlos National Theatre in Lisbon, he dedicated himself to teaching and took on the administration of several music schools, including the Conservatório Nacional de Lisboa (Lisbon National Conservatory), the Orfeão de Leiria (Leiria Choral Society) and the SAMP arts school in the village of Pousos. It’s from this village, where he was born, that he has been developing, since 1992, projects of artistic production and education for early childhood, with special reference to Cradle of Arts, Musicians on Nappies and Concerts for Babies.

Recently, he became interested in organizing artistic practices with the community, with special reference to projects such as Opera in Prison, with inmates, New Springs for the elderly, Il Trovatore or the Roma of the Lis with Romani communities. He was a founding member and part of the first Scientific Council of the Institute of Ethnomusicology of the School of Social Sciences and Humanities, at Universidade Nova de Lisboa.

As an ethnomusicologist, he published articles in several specialized journals. He was also a member of the Commission of Liturgy and Sacred Music of the Leiria-Fátima Diocese, and the founder, and principal conductor for 12 years, of the Schola Cantorum Pastorinhos de Fátima.
He’s the father of Simão and Natércia and his hobby is breathing KOI carps which he loves to observe for long periods of time.