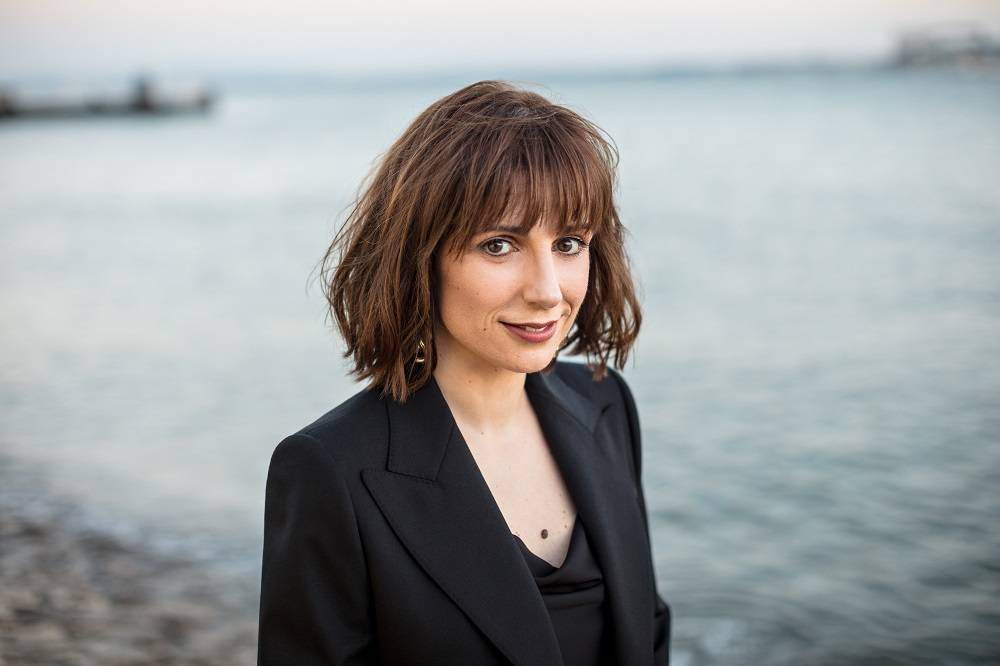 “SEMPRE” – A NEW ALBUM
Produced by José Mário Branco and recorded, between April and May 2018, the new album by Katia Guerreiro is called ‘Sempre’ (Always). The record features the musicians who have been her companions of several journeys and adventures around the world on the common and main mission to represent the Portuguese music, poetry and soul through fado. Pedro de Castro & Luís Guerreiro on the Portuguese guitar, João Mário Veiga & André Ramos on the Fado violas and Francisco Gaspar on the bass guitar. The sound design was provided by António Pinheiro da Silva, assisted by André Tavares and Pedro Serraninho.

Except two or three themes, which could be considered as Fado Canção (Fado Song), most tracks of the album repertoire are based on more traditional compositions of Fado, either through standard compositions in which new poems were placed (a common practice in fado) or through new compositions that respect the traditional poetic structure. Not forgetting, obviously, the meeting of José Mario Branco’s arrangements and musical direction with the traditionalism of the fado musicians involved in the project. On the concept and performance direction, the producer José Mario Branco was supported by Manuela de Freitas.

This album represents, by all that surrounds it, a change in the career of Katia; but when someone is fadista, one is fadista increasingly and forever, because the tree is born from its roots, and the three does not stop growing. It is enough to be authentic and genuine, having the capacity to receive with gratitude and then to give with pleasure what we have transformed into ours.

THE DESTIN OF BEING A FADO SINGER…

Once upon a time, nineteen years ago, on a very hot night in Lisbon...

The fado house was crowded and it seemed a sanctuary on days when the ambience, atmosphere and the inspiration invaded people’s souls. Those were days when fado did not need to be rehearsed neither prepared nor organized… on those nights, fado music simply overwhelmed us and, as if by magic, it just happens…

It was a unique evening, only dedicated to musicians. No performances or music interventions of cantadores and cantadeiras (male and female singers) were planned. That night, only the great compositions for the Portuguese guitar would be performed. Some of the most important musicians of the time and history had already been heard - some older masters, some younger virtuosos and the promising youngsters.

The Fado house was packed with fadistas (cantadores and cantadeiras), but no one came forward to sing. The audience had not yet heard the guitar strings that guide the soul of those who use words to tell us the stories told by fado.

Suddenly a girl, a medical student, in her early twenties, approached. She was there by indication of one of the house’s resident fadistas. She was not supposed to sing, but someone said: ‘No professional or experienced fadista should sing tonight, but why not make an exception to a new voice, to a beginner?’ Who knows what surprises the evening holds… The invitation was made to her, she did not want to, but after many requests she finally approached the musicians and began to sing… and then everything changed. It was no longer the night of the guitars, it was the night when a new great fadista arose, a great promise…

A year later, between her graduation conclusion, fado nights, tertulias and performances in various events and small shows, Katia Guerreiro was one of the artists invited to participate on a tribute concert to Dona Amália Rodrigues, at the Coliseu dos Recreios in Lisbon – which is considered the most important and emblematic concert hall of Portugal. The audience as well the critics surrendered to her version for ‘Amor de Mel, Amor de Fel’, considering it as the best performance of that night

Katia Guerreiro has been conferred with the Knight of the Order of Arts and Letters award by the French government, being thus recognized as one of the most notable representatives of Portuguese culture in the World and one of the most brilliant singers of her generation. She has also been honoured with the Commendation of the order of Infante D. Henrique (Henry the Navigator) by the Presidency of the Portuguese Republic, attributed in recognition of her invaluable contribution to the dissemination of Portuguese culture and to the projection of Portugal in the world.

In 2019, Katia Guerreiro presented the album “Sempre” in many different places in Portugal - starting at the official launching concert at CCB, in Lisbon, at the beginning of the year, and ending in an emotional concert at the Coliseu do Porto, in November, which took place on the day of the funeral of José Mário Branco (this record producer) - and the world - including a special show with the Zagreb Classical Orchestra, conducted by Maestro Dario Salvi. In early 2020, Katia performed in several venues in France with enormous success, days after her new album was considered by “Le Monde” as one of the best published last year in that country.

It can be said that the promise is being fulfilled and all those who were present in that mystical night can be proud to be part of Katia Guerreiro’s history and fado career. She has been considered one of the most important fadistas between the end of the twentieth century and the beginning of the 21st one. She surely makes and will always be part of the History of Fado, alongside those who have left us their inheritance - from those who for more than a century helped to build, develop and preserve the dignity of this song form. Just like Katia Guerreiro, who, one day, inadvertently was marked by Fado for being a Fadista…
Back to top